Shoptalk at the Contemporary Museum of Calligraphy

The visitors who happened to come to the Contemporary museum of calliraphy on June 26th were lucky indeed! On that very day, Pyotr Chobitko, President of the National Union of Calligraphers, arrived in Moscow to meet Archpriest Vsevolod Chaplin, Chairman of the Holy Synod Department for Church and Public Relations. Mr. Chobitko arrived at the museum to see a new special exhibition display dedicated to the Days of Slavic Script. 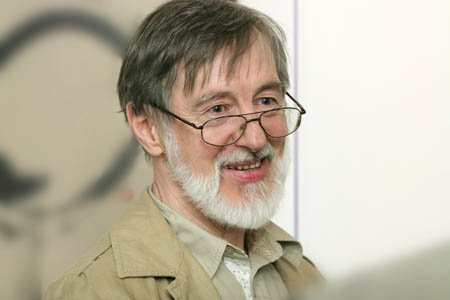 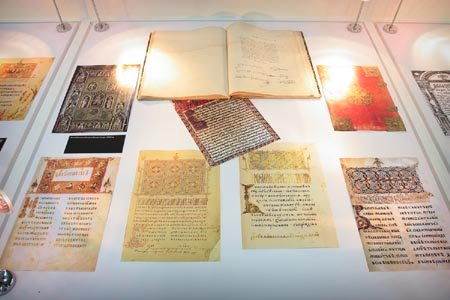 What a lucky coincidence it was! At the very same time a group of excursionists consisting of artists, historians, ethnographers, fine art experts, musicians, people engaged in preservation of intellectual traditions and restoration of moral grounds of the society were studying the museum display. 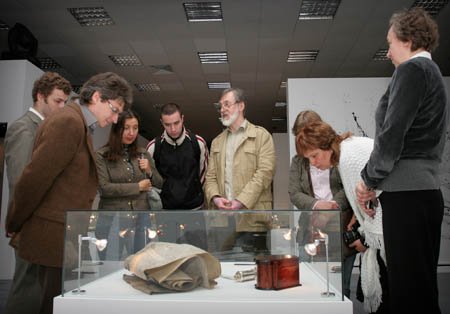 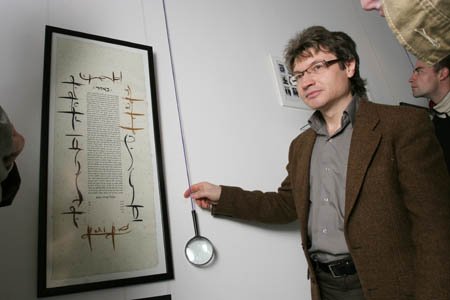 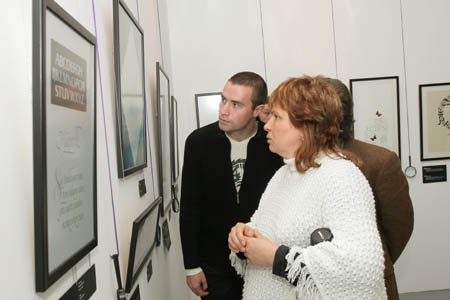 It is quite self-evident that the works of art on display did not limit the excursionists’ excitement. Animated professional conversation covered a wide range of topics: from peculiarities of the national schools of calligraphy to significant role that calligraphy plays in mental and intellectual development of a personality.

For instance, the visitors were interested to hear that calligraphy studies help treating Alzheimer’s disease and stuttering. Pyotr Chobitko told them about the Golden Porch School (the town of Petrodvorets) where daily lessons of calligraphy among other studies make it possible to obtain positive results in work with mentally challenged children. They discussed the experience of China, Japan and Arabic countries, which proves calligraphy to be one of the most exquisite arts as well as “gymnastics for the mind and remedy for heart and soul”.

Meanwhile, Viktoria, spouse and assistant of Pyotr Chobitko gave a tour around the museum exposition for the youngest visitor. 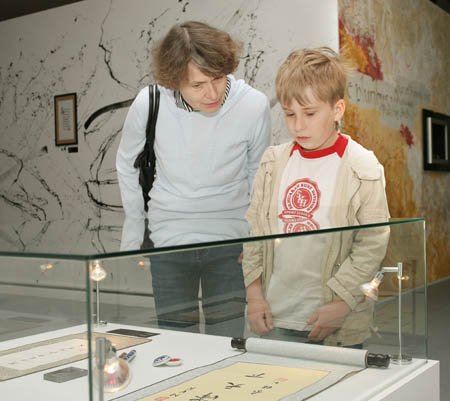