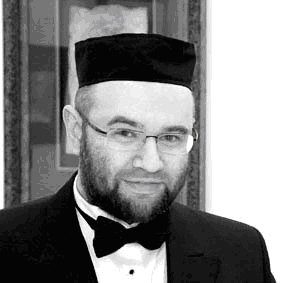 Avraham Borshevsky is a famous calligrapher and artist from Jerusalem, master of classic Hebrew calligraphy, and Judaic sacred texts expert.

Avraham Borshevsky was born in 1970 in Korosten, Ukraine, and grew up in Leningrad (now Saint Petersburg) Russia. He received his artistic education from the Department of Architecture of the Leningrad Civil Engineering Institute. Mr. Borshevsky became an expert in Judaic sacred texts and a master of canonic Hebrew calligraphy at Jerusalemite Shvut Ami Yeshiva.

Complying with the Halakhic law, he creatively extends the Jewish ceremonial art tradition.

His 2004 World Famous Mezuzah was recognised as a chef d’oeuvre of sacred calligraphy and became the only contemporary calligraphy work to be listed into the Guinness World Records.

Source: Israel for You