As part of the trip, the Moscow delegation visited some of them and is soon to release a full-length documentary about these private expositions. The film will tell you about the Studio Museum of Olga Popova "Pelageya" exhibiting more than a thousand traditional textile dolls. In the "Teddy Bear Room" Museum of Natasha Kataeva, you will learn in detail about Teddy bears. In the Museum of Perm Postcards History, Sergey Filatov tried to tell the history of publishing greeting cards in his homeland. A visit to the Premium Dolls Gallery Musa Rusa of Sergey Volostnov is always an unforgettable experience as it evokes powerful emotions in every visitor. The guiding principle for the UNIQUM Gallery of Private Collections, headed by Nadezhda Zelenina, is to organize diverse exhibitions where people can see something that can't be found anywhere else, even in state museums. Albina Andronova came up with the idea to gather all the artists of the Kirovsky district in one space. That's how the Private Exhibition Hall was founded. In the People's Museum of Kindness, headed by Olga Gulyaeva, each item tells a story of human kindness. KAMWA Museum presents a traveling exhibition "Peoples of the Perm Region". The film also tells about the life of the artist and egyptologist M.M.Potapov, whose house was turned into a museum during his lifetime. Now the transferee of his artistic legacy is Sergey Lapin. The open-air Museum of Antiquity in Polazna is a very popular tourist spot. It was founded by Alexander and Tamara Roor. The Museum of Robot Transformers is especially popular with children. Its owner, and founder, is Andrey Zhuravlev, who claims that his collection is the largest in the world to date and contains more than 1,500 exhibits. In Anatoly Sivak's Museum of Soviet Toys, you can not only see old toys but also play with them bringing back childhood memories. In Natalia Golubeva's Museum of Minishoes, there are more than 400 pairs of miniature footwear, which she has been collecting for ten years from all over the world.

Learn more about all these expositions in the film that will be published in the nearest future on the official website of the Association of Private and People's Museums and our YouTube channel. The Museum of the History of Perm Postcards The Museum of Old Times, Polazna 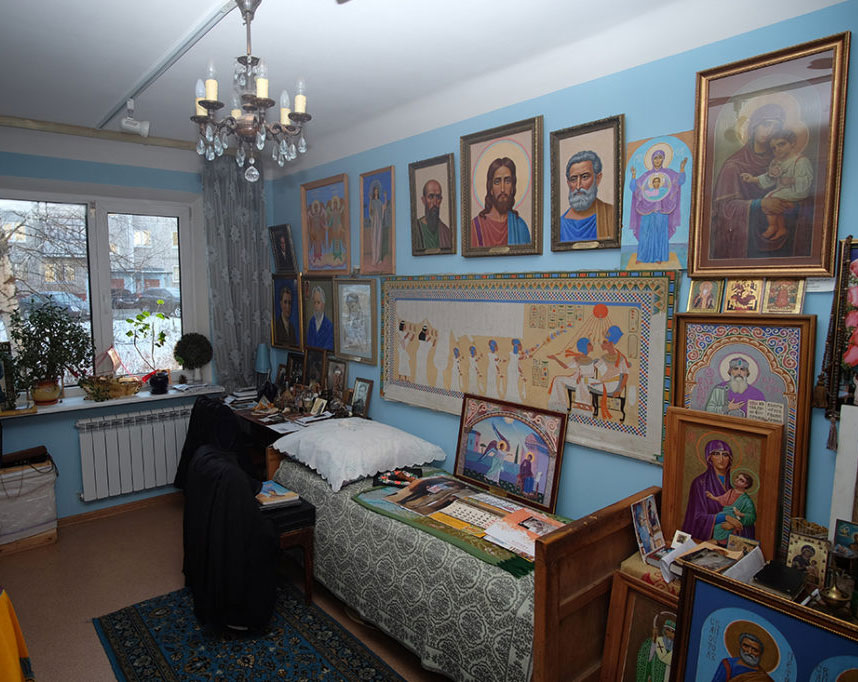 The Memorial House of M.M. Potapov The Museum of Robot Transformers The UNIQUM Gallery of Private Collections in Perm