April 22nd, a crash course on celebrating lettering was held in the Contemporary Museum of Calligraphy. The crash course format allows students to get to know within short timeframes both the theory and practice of a calligraphy skill: in case of lettering, they learned about various kinds of scripts, numerous instruments applied in lettering, the rules of letter arrangement. After the theoretical part they went on to creating a celebratory lettering composition, guided by the teacher Artyom Lebedev. Every participant chose his own phrase and, with the teacher’s help, selected scripts most appropriate for the message. High spirits, comfortable creative atmosphere and opinion exchange prevailed in the classroom that day.

We invite everyone to our crash courses scheduled for May: learn the ropes of pointed pen and broad pen calligraphy, as well as such historical scripts as Roman Capitals and Copperplate. 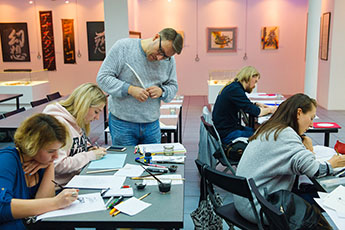 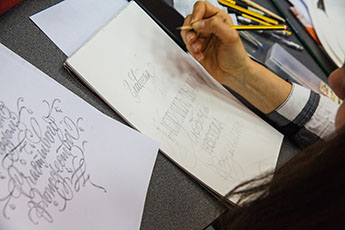 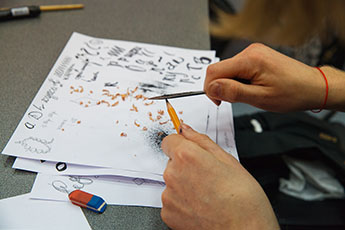 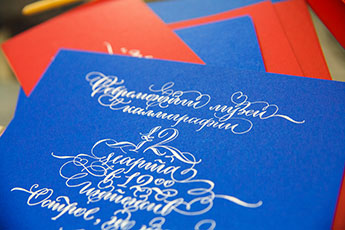