The introductory part was designed to consult lefthander children and their parents. Teacher Ekaterina Orfanova, who is a lefthander too, has told about special movements and paper positioning, offered comfortable sitting and pen holding manners. Some practice followed: the first test of the pen was to complete simple exercises through custom workbooks developed by Ekaterina for the occasion.

Then as the rest joined the group, the workshop went on with both left and righthanders.

Ekaterina introduced the idea of calligraphy and the brightest scripts ever emerging in various historic periods, as well as the tools that corresponded to each of the historic styles.

The moment has come to see the tool to master – a 6-millimeter broad pen. Guided by the teacher, young calligraphers set about the letters, progressing from simple segments to the more complex, and eventually to the entire letters. Over the course the group has mastered an entire alphabet consisting of all the letters in Italic!

Writing sessions intermitted with stretches to relieve muscle tension in hands and make sure the children are not exhausted by the new activity. During the break the participants enjoyed a tour to see the museum exhibits and various calligraphy tools.

Recharged after the break, the team approached to the final exercise of making a book mark with the Latin “Verba Volant, scripta manent” (“The words fly away, the written remains”) inscription on it. The group enjoyed writing the phrase in Italic they learnt earlier, and finished with sealing envelopes with was stamps. The workshop found children from 6 to 13 years of age equally engaged in calligraphy: even the youngest participant Viktor Ilyich (as he asked to be called) of six and a half, practiced diligently and waited until a common picture was taken and participants unexpectedly received personal stamped certificates.

The kids left pleased with their own efforts in the anticipation of surprising their family and friends with new skills and works. 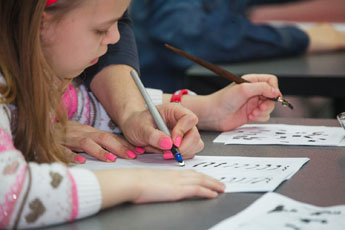 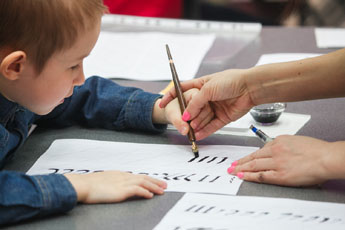 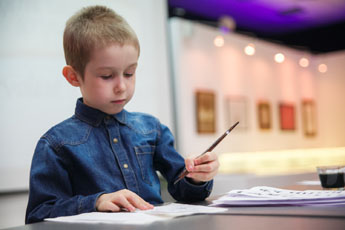 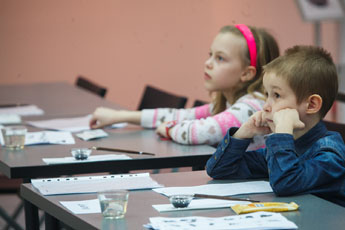 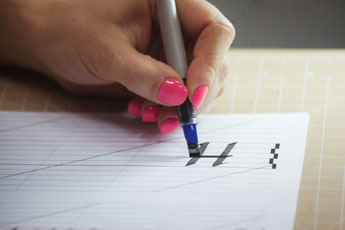 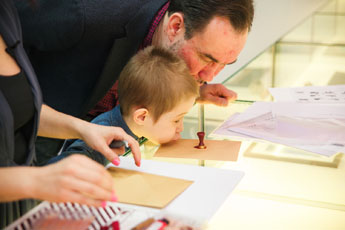 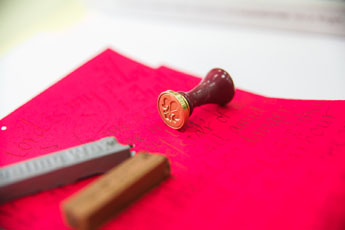 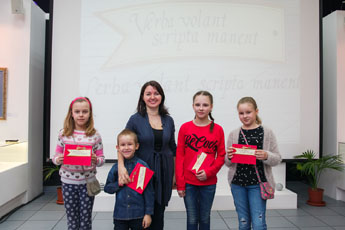